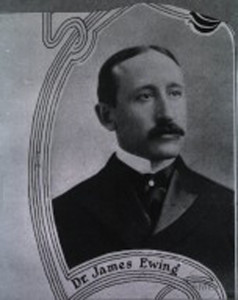 Hi there! Remember me? I’ve been going through a very rough time, physically and emotionally, and just couldn’t bring myself to the computer to write. I didn’t want to look that closely at what was going on. But now I’ve come to what feels like a good place to stop for a minute and touch base with everyone.

Some of you know that for the last couple of months I’ve been dealing with what I call “the alien baby”: a rapidly growing mass under my right arm. I’ve been examined by different doctors (surgeon, orthopedist, family practice) and tried different treatments. I was finally sent for an ultrasound and the alert technician went a little farther than he strictly had to and insisted that a radiologist come and see me right then (see Turbulence Ahead), setting in motion a focused diagnostic effort. Two biopsies (along with a PET/CT, a bone scan and other tests) and several visits with my new oncologist later, and I have an official diagnosis: Ewing sarcoma.

Ewing sarcoma was first described in 1921 by Dr. James R. Ewing, the American pathologist who wrote the first oncology text book and whom Time called “Cancer Man”. It is primarily a pediatric cancer of the bone or soft tissue, but according to the American Cancer Society only about 1% of childhood cancers are in the Ewing family of tumors. In adults it is even more rare. It is also rare for a Ewing sarcoma to present with a primary in the breast or axilla (armpit).

(Me? Just lucky, I guess. Maybe I should buy a lottery ticket.)

Ewing sarcoma is an aggressive cancer, so the team at my cancer center has proposed aggressive treatment. I’ve agreed to the plan, and I’ll probably write another post about that, since I have refused treatment for so long.

The treatment I’m looking at is planned to last about two years. There will be 17 cycles of chemotherapy, with each cycle lasting six weeks. After a few cycles I’ll have another PET to see if there is any progress and also so the surgeon can decide if the tumor is operable after all. After surgery, if any, I will go back to complete the rest of the 17 cycles of chemo.

The cycles consist of six chemotherapies. In Week 1 of each six-week cycle, I’ll receive one day of chemo with several agents. In Week 4 I’ll have five consecutive days of one agent (maybe two). This won’t be continuous, so I’ll have to go to the center every day of that week. Three weeks after that, I go back to the beginning of the cycle.

In terms of “side effects” (I much prefer the term “collateral damage”), I can look forward to baldness, nausea, diarrhea, red urine, peripheral neuropathy… the usual. I will also be closely followed in terms of cardiac and hepatic function and, of course, those blessed neutrophils. (I’ll be getting Neulastim (pegfilgrastim) regularly.)

It’s so much easier to talk about facts and schedules than feelings. I’m crying a lot these days. I feel bewildered and overwhelmed, but writing things down, making lists and using the calendar in my phone all help. I do not feel at all like the strong woman I know I have been and will be again. I’m focusing on losing my beautiful, long hair because it is easier to think about that than all the rest. Just as I started writing this, I realized that I have to work things out with my helpers by next week, give out some more house keys, and so on. I have to write some emails to various people.

Why did this happen to me? Why did I get with a second cancer, one that is very aggressive? I have no idea. Sometimes things just happen.

Image from Wikipedia: “The National Library of Medicine believes this item to be in the public domain.”