Survivor Guilt. Part I of a series. 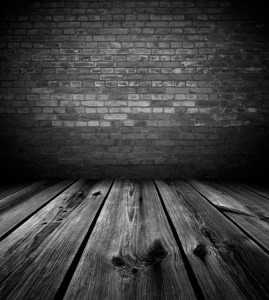 Survivor guilt can keep us locked in, unable to move.

We don’t often talk about the guilt felt by so many people living with cancer. I think we should talk about it more. Guilt is one of those mushroom-like things that grow best in dark places that are rarely exposed to sunlight and air. Shining a light on our guilt, letting it out into the fresh air, is one way to loosen its hold over us, to limit its power. People who have progressive, terminal diseases like metastatic breast cancer are liable to feel many kinds of guilt. I’m planning on writing a few posts about it.

I started thinking about survivor guilt following a brief exchange I had with Scorchy Barrington on her blog,(1) when she raised the issue of survivor guilt. Some people die quickly from metastatic breast cancer; other people live for longer. Those of us who live longer sometimes feel guilty. I particularly feel it when people twenty or twenty-five years younger than I die of the same disease. No, it doesn’t make sense to feel guilty about this. Yes, I do feel guilty and I’m not the only one.

Survivor guilt is not limited to cancer patients. In fact, it is much more commonly associated with people who survive catastrophic and traumatic events like a mass shooting, a bombing, an earthquake, political torture, incarceration in a concentration camp, deadly car accidents. Following the mass shooting at the Aurora Theater in Colorado in 2012,(2) CNN ran an article about survivor guilt in this sense, and included some suggestions on how to cope.(3)

Survivor guilt in the breast cancer community is similar and also different. How familiar are these situations (names and stories invented)?

* Amy was diagnosed with Stage II breast cancer. She had a tough time with treatment, but it’s been fifteen years now and she’s still fine, has had no recurrence. Amy volunteers with a local organization that helps women newly diagnosed with breast cancer, and she finds out that one of her colleagues, who also had been free of evidence of disease, has just been diagnosed with mets in her liver.

* Beth has metastatic breast cancer and is active in a support group. Over the years, she has seen one friend after another die of the same disease while she lives on.

* Josephine does not have breast cancer. Every time she has a negative mammogram she thinks of her cousin Meg, who does have the disease and is very ill.

The list could go on and on. So many of us feel guilty about the mere fact that we are alive and breathing! How crazy is that? Not very, as it turns out. Powerlessness is one of the most difficult feelings we can have. Becoming a random victim of a very bad thing is extreme loss of control. In the days following my initial diagnosis I conceptualized the tumor as a rapist.(4) The sense of my life spinning out of control was hideous.

Four years ago, I wrote:

When I was a teenager I was awakened early one morning by a serious earthquake. It was the scariest thing I had ever experienced: I put my foot down on the floor and the floor wasn’t there. The noise came from everywhere and nowhere. Terror. Sheer, visceral terror. The following days saw the aftershocks. I wasn’t alone in being paralyzed by fright when they came, each as strong as another earthquake. Some psychologist came on TV or radio, I don’t remember, and suggested a way to cope with aftershock fear.

Get angry, he said. Stamp your foot, yell, command the earth to stop shaking! Our fear is sub-rational, he explained, based on our powerlessness in the situation. By acting as though we have power over the earthquake, we somehow trick those sub-rational parts of ourselves into believing that we actually have the power. Aftershocks last several seconds and stop, but our sub-rational being doesn’t know that. Hey! I commanded the earth to stop shaking and it did! I’m not a powerless victim; I can take control.(5)

Feeling guilty can be thought of as a way of stamping our foot at cancer. I feel guilty because I did something wrong.  I did something: it was not random, it’s my fault; it is in my control. The feeling of guilt isn’t a conscious decision, of course, and is more complex than I am pretending it is. I do believe, however, that on a very basic level survivor guilt is a self-protective reaction of our psyche against intolerable feelings of helplessness.

We ask, “Why me? Why am I alive while my friend died?” We think, “I don’t deserve this.” We tell ourselves, “I should have been the one to die.” None of it is logical; this is the sub-rational part of ourselves.

The problem arises, of course, if the guilty feelings continue. Healthy guilt impels us to corrective action when we have done something wrong. Prolonged survivor guilt when we have done nothing wrong is more hurtful than helpful. But what to do about it?

(1) Do you know Scorchy’s blog, The Sarcastic Boob? If you don’t, you should!

(2) To refresh your memory in this sad era of so many mass shootings, here is the Wikipedia entry.

(3) In the last part of this CNN article about the Aurora survivors are some of the signs of PTSD and some strategies for coping with survivor guilt.

(4) “Fact: Rape is an act of power and control, not sex.” From the University of Michigan Survivors of Sexual Assault Handbook.