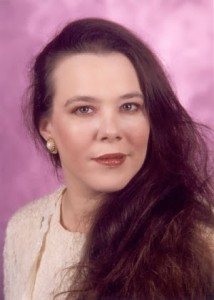 Part I is here.

I joined groups for metastatic breast cancer, overflowing with positive pink attitude, as I started to adjust to a different way of thinking, maybe it wasn’t curable, per se, but it was manageable. A chronic condition, like diabetes. I’d be fine. I could manage this. The trick was staying confident and pink.

Then I started seeing it. The announcements. People I’d interacted with not that long ago passing away. They died from stage IV breast cancer. Treatments stopped working. People would post about progression, being stable for years and then finally, the drugs stop working. Progression. Time to try another drug, and another, and another, and then finally there’s no more left to try.

Posts from women who were suffering such a drastic loss in quality of life from the side effects of the very drugs that were supposed to prolong their life, and they had to choose between quality of time and quantity of time. They were going to die and there was no longer any way to stop it. There were women younger than me, in their twenties, in their thirties, running out of treatment.

I can tell you where two percent of it went. Two percent to research and treatment for metastatic breast cancer. Amid all the pink, amid all the buzzwords of October, the stage that kills women and men at a rate that hasn’t seen any decrease or change, that stage is ignored. There’s no hope in Stage IV, no cute slogans for metastatic breast cancer. There’s no cure. There’s no chance of being cancer-free. And it will get all of us sooner or later.

Stage IV became my obsession. Education against the pinkwashing, the promise of a cure, the hype and hyperbole. It doesn’t exist. We need funding, we need awareness. There’s awareness for breast cancer, now we need awareness for metastatic breast cancer. It was written out of the program, thrown under the bus, and hushed up at survivor workshops. It’s scary. Metastatic disease is scary. And there’s no profit in fear.

Don’t buy into the pink campaigns and buzzwords of October. Think twice before participating in a Komen foundation walk. Where is the money going? What kind of dialogue are they promoting? Where is Stage IV being represented? They’re building an empire on the backs of the dead, without acknowledging the reality of the disease.

I am now 40 years old. I am now old enough to begin breast cancer screening. I am now in the age bracket for the propaganda of October. And I am already dying from Metastatic Breast Cancer. I’m strong, I’m healthy, I’m dying. And I’m going to run out of treatments eventually, or the treatments I have will destroy my health in exchange. We need to drop the age line for breast cancer screening. We need to make it known that programs will take on a woman with a lump even if she’s not in their target age. We need more funding and donations going to organizations like Metavivor.org or MBCN.org, where the money goes into research and treatment options for metastatic breast cancer specifically.